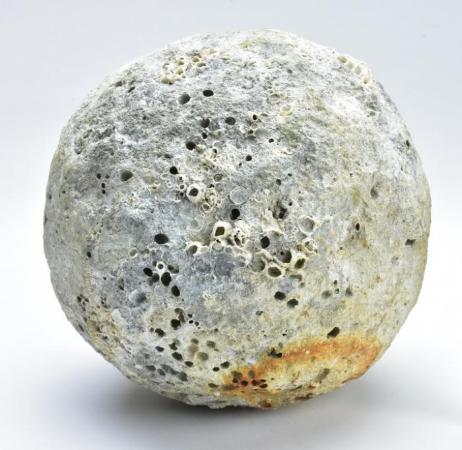 Don Juan de Cabrera is listed in the manifest of the Santa Margarita as “a gentleman,” possibly referring to his rank rather than to his occupation. Aboard the ship, he was one of several artillerymen—a responsible but not glamorous post. His primary function on the ship was to man one of the cannons during battle. Gunners like Cabrera also needed to be good mariners, as they could be called upon to help operate the ship in times of need. Artillerymen worked with the ship’s armorer to keep the guns and carriages in good order and properly secured, they organized and stored the shot by size and type, and they made sure the gunpowder was ready and available.

Unlike many others aboard the 1622 fleet, his luck was on the rise. He survived the wreck of the Santa Margarita, and has an interesting story after his rescue. In a review of his career dated February 12, 1630, it was noted that he had served the Crown for nine years, during which time he had made multiple voyages in the Indies guard fleets of the Marquis of Cadereita. He was also stationed in Havana, serving as a lieutenant in the Morro Castle fortress. When the opportunity arose, he worked with Francisco Nuñez Melian in the accounting of silver recovered from the wreck of the Santa Margarita from which he had been rescued, and later led the salvage of a ship sunk in Matanzas Harbor. He also joined Cuban coastal patrols, guarding against enemy attacks, and was part of the force that repelled Dutch interlopers from Cuba in 1629.

In 1630, King Philip IV recommended to the Viceroy of New Spain, the Marquis of Cerralbo, that don Juan de Cabrera serve as a lieutenant in the Spanish Philippines.1 In 1639, during a rebellion of Chinese residents of the colony, don Juan de Cabrera and his troops were south of Manila, rounding up any Chinese “Sangleys” thought to be engaged in seditious activities, for imprisonment and execution.2